Probably inherited from her mother, Eveline’s passion for travelling and learning about different cultures was already visible before she became a teenager. During summer holidays she studied the map of Switzerland, where she was born and raised, and searched for cities and villages with medieval castles or archeological excavations and Roman amphitheaters. Once decided where to go, the whole family drove to theses places on weekends.

Several years later, Switzerland and then Europe became too small and too familiar.  And off she went to the Deep South of the United States to experience the ”real“ America. After that, adventures in all other continents (except Antarctica, and this is still on her to-do list) followed such as safari in South Africa, white river rafting in the jungles of Brazil, watching the midnight sun in Yukon, visiting beautiful temples in Bangkok, experiencing Nyepi (Day of Silence) in Bali and following tracks of the aboriginals around Uluru (Ayers Rock) in Australia.

Today, Eveline lives with her husband and their little son in Lower Manhattan. She has already discovered many great places in the city and enjoyed exciting getaways not far from New York. 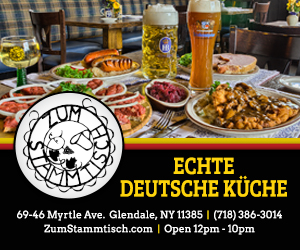